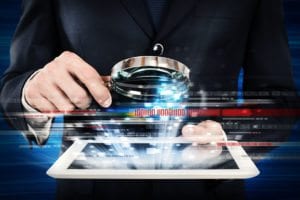 I have been posting a number of my analyses of the Amendments to the FRCP Rules. Working in the eDiscovery industry, I have a healthy respect for those in the trenches using the FRCP to guide their practice every day. This post contains my analysis of the amended Rule 37. There are many portions of the FRCP that lack in word count, but require volumes of explanation: Rule 37 is one such rule.

Everyone usually wants to only talk about the remedy sections of 37(e) and tends to forget that the quiet person in the room typically has the most to say.  I will be going over changes to the “sanction” section of 37(e), in fear of not having an audience if I didn’t do so, but I also want to focus more on some of the main ideas that shed added light on the entire Rule… and its purpose.

To begin, this Rule can be apocalyptic to a party that is either unable to produce requested Electronically Stored Information (ESI) or is no longer in possession of it.  The revised Rule allows for “sanctions” when a party fails to preserve the required ESI, but the most severe remedies seem to be for those who have maliciously allowed or caused data to be destroyed or become unavailable. From a simple reading of this Rule, this should be cut-and-dried; however, some recent decisions have caused this author to question that assertion.

Judges can always use the inherent power of the bench to sanction parties for discovery abuses and not rely upon FRCP Rule 37; however, the intent of the 2015 Amendment of Rule 37 was to make court sanctions more uniform in their application.

Under the previous Rule 37, parties were being subjected to sanctions for negligence and lesser standards of intent.  Prior to the 2015 Amendment of Rule 37, the courts were applying differing findings necessary to apply sanctions and were relying on inherent authority or state law to remedy the loss of relevant ESI.  Ideally, the 2015 Amendment of Rule 37 should help to cure these discrepancies by giving judges standard guidelines for imposing sanctions.  Once there is a finding that one party has been deprived of ESI and there was an actual intent to cause the loss, then “punitive” measures may be taken by the court. These could range from outright dismissal of a claim to the application of an adverse inference, which allows the jury to assume the unaffordability of lost evidence.  The three cases below point out different 37e sanctions:

It seems plain to me that these three notable cases had intentional deprivation handled in completely divergent fashions, which brings into question as to whether the 2015 Amendment of Rule 37 is going to have the desired effect.

Next, the court must make a determination as to the extent to which the party was on notice that litigation was likely. Further, courts must evaluate whether the steps that the offending party took were reasonable, given the information they had at the time of the loss of the ESI.  It’s doubtful the intent was for the courts to engage in a game of: “woulda shoulda coulda”, but it seems to be an unfortunate result.  The Committee Notes for the amended Rule 37 do admit that hindsight is 20/20 and perfection can never be attained.  The FRCP is only concerned with whether the parties acted within the bounds of reasonableness.  The court may look at things like common business practices and whether there was a statutory or regulatory duty, which the offending party was obligated to follow. 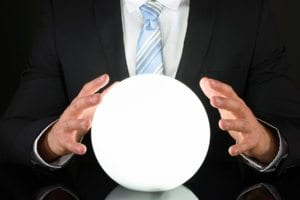 In my mind, this expects that the injuring party would have a working knowledge of what the opposing party might request and how that party plans to prove his/her case.  This calls for too much speculation and no judge can be a consistently accurate soothsayer, in my professional opinion.

The better standard would be to place the burden of proof upon the party that is seeking sanctions, in which, they must show actual knowledge of pending litigation or that the party in question had ignored ESI storage best practices of the industry.

A good practice would be to send notice to opposing counsel demanding the safeguarding of data that may have relevance to possible litigation (be specific as possible, while broad enough to cover possible ESI you may not be aware of).  The letter should give enough information about the matter that should trigger a legal hold on any information that could be subject to future litigation.  In some cases, this may only mean that a reasonable step would be to impede the normal data deletion procedures of your client. Remember that reasonableness is the focus throughout the FRCP and especially Rule 37. The more actual information an attorney or party has, the more that will be expected of them.  Good, proactive communication with opposing counsel will pay dividends throughout the life of your litigation.

You may even want to ask the court to compel discovery or for a protective order of ESI under Rule 37(a); however, I wouldn’t be too quick to result to this extreme. Remember that the FRCP envisions and demands that attorneys work together.  The courts don’t like to get involved in eDiscovery unless it is absolutely necessary. Remember that Rule 1.1 comment 8, places the responsibility on attorneys to keep abreast of technology so that they can serve their clients’ best interests.  This should include knowing about the information storage practices and policies of one’s client(s).

The courts are called upon to measure the degree a party took to safeguard ESI that they reasonably knew could be a part of a litigation. While there is no mention of implementation of a “legal hold”, some courts have held that failure to do so is a failure to take the reasonable steps that Rule 37e requires. 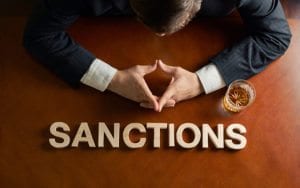 For sanctions to be levied, the courts must find that lost ESI cannot be reasonably replaced.  This is done by determining if the relevant information can be found elsewhere or reproduced. The courts also must keep the idea of proportionality in mind when making this determination because the expense is now a major consideration for discovery purposes.  Again, the courts are being called upon to evaluate ESI that they have never seen and then make judgments based on their evaluation of the litigation scope and its effect on the injured party’s case.

Under Rule 37e, a finding of prejudice allows a court to use measures “no greater than necessary to cure the prejudice”.  The Rule doesn’t place the burden of proving prejudice on either party, so the judge is left to decide how best to determine prejudice.  It seems illogical to require a party that wasn’t involved in the loss to prove they were prejudiced by its loss. This is why we give our judges discretionary powers, to make these decisions on a case-by-case basis.   Courts are given a list of remedial actions and don’t limit the courts’ ability to use their inherent judicial power.

If all of the above thresholds are met, the court must then determine what sanctions should be applied to remediate the injured party’s case.  While Rule 37(e) doesn’t use the term “sanctions”, it is obvious that some of the more severe remedies are meant to punish maleficence.  Judges have a range of actions to choose from to remedy the damage done.  The court could also determine that the “lost” ESI can be replicated from another source.  Under 37(e) (2), the court may issue specific evidentiary sanctions, order dispositive (case ending) sanctions, or impose lesser sanctions (under 37(e)(1)). If the courts levy evidentiary sanctions, it can conclude that the lost ESI was unfavorable to the “spoliation party’s” case or the court can tell the jury the lost evidence was adverse to the party (adverse inference).  The damage done to litigation, by the application of an adverse inference jury instruction, is hard to quantify, but many attorneys see this as a “case ending” sanction.

Once the preservation requirement has been attached, the court will decide what should have been preserved and the reasonable consequences if that this evidence is no longer available. If a party failed to take reasonable steps to preserve ESI, the court then has to look at the effect of loss. The court may look into the resources the non-producing party had available at the time of the loss and determine if they could not have been expected to do more than they did.

So what we have here is the “reasonable man standard” being applied both in the macro and micro sense:

When there is no way of knowing exactly what any missing evidence contained, the required court judgment can be a challenge. Fortunately, Rule 37 gives the courts a very broad range of sanctions to consider in order to level the playing field after requested ESI is no longer available. 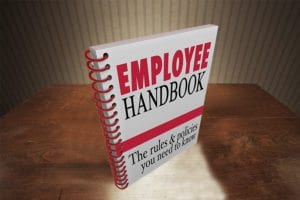 One way to make sure that your client can safeguard themselves from “sanction-scrutiny” is to ensure that they have a written, documented, and audited retention policy that complies with industry best practices, statutes, and regulatory norms.

The key is to ensure that this policy is being followed and documented.  This can be a dangerous road to travel if your client did not follow this policy and it appears that the data destruction was willful. Weigh your options carefully to avoid courts levying more severe sanctions than normally would be applied under Rule 37e.  Do not open this “Pandora’s Box” without first knowing for sure that your client has a “Loctite” policy and can prove unwavering adherence to that policy.

Adam Bowers is an attorney himself, graduating from Albany Law School and a seasoned eDiscovery expert. With law firm experience and knowledge of legal technology solutions, his unique perspective on combining both law firm strengths with advanced legal technology has helped numerous law firms add greater value to their global client base.