Ascent ELM is a great application. We can’t imagine our lives without it.
Senior Litigation Attorney

A U.S.-based financial services company helps Americans plan, invest, and protect their savings for a better retirement. Formed through a series of acquisitions by a global financial powerhouse dating back to the 1970s, the firm debuted as an independent company in 2014 with a new name and a new mission: to help Americans everywhere retire richly.

This revitalized organization with its newly-focused mission decided the time was right to streamline operations across its businesses, including within its newly integrated legal department. This meant focusing on reducing costs and improving efficiency in the department, including an assessment of where implementing automation could reduce the number of manual tasks. A new General Counsel was brought in to restructure the department, and she in turn brought in an experienced AVP of Legal Operations to set up the legal operations function. “When I was brought in, the legal department didn’t know what ‘good’ legal operations looked like, so I had the opportunity to start fresh and implement best practices that I knew worked based on my many years of experience,” said the AVP. “The only thing the team told me was that they wanted to get rid of their old matter management and e-billing systems.”

As the AVP got to work, she analyzed why the current system wasn’t working well for the legal team. She found four key problems: (1) the vendor was expensive; (2) system changes they needed to enable new processes were so complex that the company had to “jump through hoops” to get them programmed and implemented; (3) lawyers felt they weren’t getting useful information out of the system; (4) the system was complicated to use. According to the AVP, “The system was so cumbersome to use that some lawyers just weren’t using it. For example, I found that 25% of all invoices were bypassing the system and being processed manually. That didn’t support our goal of reducing manual tasks.”

The Role of Experience

In her previous role at a different company, the AVP had also addressed matter management and e-billing, successfully reducing outside counsel billing by 68% through careful oversight and automation of billing and invoice payment processes. As a result, the AVP knew it would be critical to adopt enterprise legal management technology which would flex and grow with the company, was heavy on collaboration capabilities, and offered flexible pricing. In her previous role, the right technology solution had been doeLEGAL’s Ascent ELM enterprise legal management software. She had a suspicion that Ascent ELM would also be the right fit this time around.

To be sure, the AVP put together a cross-functional team consisting of Litigation, Administrative, and IT representatives which evaluated Ascent ELM along with two other vendors, including their incumbent.

The evaluation and decision process took three months. Though consensus was ultimately reached, the process was not without challenges. For example, despite AAscent ELM’s #1 ranking in the RFP criteria evaluation, the Litigation Department favored an alternative tool. As the AVP recounted, “The lawyers kept telling me that none of their vendors or ‘friends and family’ were using Ascent ELM or were familiar with doeLEGAL, so they were concerned about whether it could meet our needs.” To get around the objection, the project team used doeLEGAL references and client lists to demonstrate that other corporate law departments with whom Litigation was familiar were using ASCENT® and fans of doeLEGAL.

The system went live in September 2017 after an implementation process that included migrating historical data and invoice line item detail as opposed to just summary level data, which the competition had limited them to. “The implementation team really listened to my ideas,” said the AVP. “When it wasn’t possible to implement something, they always offered other options or better ways to solve the problem.”

Ascent ELM has allowed the AVP to innovate new processes and eliminate some manual processes that she hadn’t anticipated using the system to accomplish. “We used to keep insurance policy information outside the system. But we’ve now centralized it and are able to capture on the matter record which litigation matters are insurable and what insurance policy applies.” She has also added diversity and inclusion elements to the matter record such as Leadership Council on Legal Diversity (LCLD) and Diversity Lab/Mansfield Rule 2.0 information.

Another important change the AVP has been able to make involves invoice reviews by parties outside of Legal (e.g., Real Estate, HR). Now, invoices are automatically sent to reviewers who can adjust, recommend changes, and do their own project accounting without having to send emails or wait for Legal. When their review is complete, the reviewer simply releases the invoice back to the attorney for approval and payment. “This has cut the outside review process down phenomenally, from months and lots of emails down to a couple of days, and makes all of our lives so much easier,” marveled the AVP.

Since implementing Ascent ELM, the legal department has been able to reduce its operational costs by more than 50%, and improve the efficiency of many processes. “We’ve been able to implement at least six process improvements,” said the AVP. “For example, we now process invoices which must be paid by another department much more quickly. That process used to be horrific. Now, invoices are scheduled to be routed to the correct department from within the system when matters are initially set up. The HR department is beyond thrilled, as is the Real Estate department.”

The legal department is also getting better at paying invoices and as a result, is getting fewer inquiries about non-payment. “Implementing Ascent ELM forced us to look at our payment policies. We had a policy on the books that said that law firms get paid immediately after invoice approval, but that’s not what the Accounts Payable application was actually doing. When we realized that, we were able to adjust the AP system to comply with our policy.”

The AVP has also observed an improvement in process compliance since implementing Ascent ELM, as the system provides insight into potential problems before they escalate. “People are no longer by-passing the system and doing things manually because this application is much easier to use.” This includes lawyers having to intervene less often. “We’ve just turned on AFAs, and some of those invoices are now auto-reviewed and auto-approved without having to go to the attorney if they meet specific criteria, saving time and effort.” The legal department is also able to resolve data quality issues much more effectively than before, as Ascent ELM helps them identify and analyze data that looks suspicious.

And the best part? The Litigation Department is a true fan. “They are very happy, grateful, and pleased with the tool,” says the AVP. “In fact, the head of Litigation told me recently that this is the greatest thing. He actually said, ‘I love this tool.’ ” 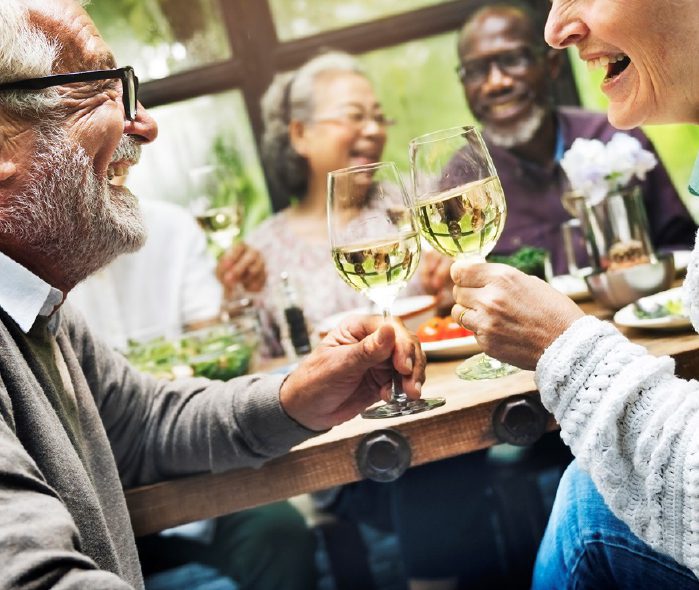